In her video essays and installations, Ursula Biemann investigates themes like migration and gender politics against the background of globalization, free trade zones, virtual communication and the construction of border defenses on the part of highly developed states. The artist, who is also internationally active as a curator, lecturer and networker, draws her material from video recordings on site, interviews with experts, from archives and virtual information sources, and from theoretical texts. Collecting observations and information, intensive encounters with people on site and critically reflecting on image production and reportage are the basis on which Biemann develops non-linear, multifaceted and polyvocal narratives.

The Lentos presents four exemplary works. Black Sea Files (2005) investigates the transnational infrastructure of a pipeline through the southern Caucasus and Turkey, which pumps Caspian crude oil from Azerbaijan to the world market. Contained Mobility (2004) enters the digital world generated by the prevailing control of mobility and the unstable, trans-local forms of life that emerge between and around it. Embankment (2011) describes the act of a communal construction of a dike in the delta of Bangladesh. With its loose cross-connections and its vast geography, Sahara Chronicle (2006) is essentially a mirror image of the clandestine migration network in Northern Africa. 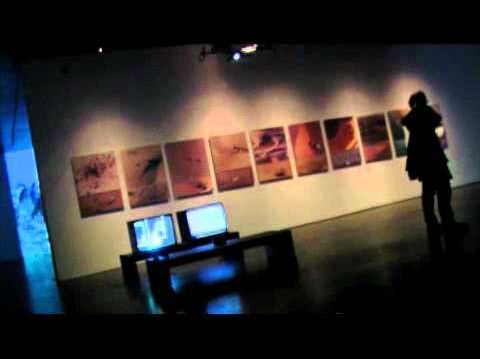