Herbert & Joella Bayer
Joining Forces in the Service of Art

In this show, the Lentos puts its Bayer Archive centre stage. This archive is one of the most comprehensive collections in Europe featuring works by this truly universal, Upper Austrian born artist.

For the first time the exhibition also showcases his collaboration with his wife, Joella. In her capacities as manager and donor, she made a significant contribution to Herbert’s success.

Herbert Bayer (1900 – 1985) is considered the epitome of the modern universal type of artist. His career took him from Linz to Germany and the United States, where he continued his Bauhaus inspired work for international corporations, museums, and the tourism industry. As an architect, designer, painter, sculptor and landscape designer, he shaped the townscape of such places as Aspen, where the Resnick Center for Herbert Bayer Studies opened this year.

Joella (1907 – 2004), daughter of the famous writer, artist and feminist Mina Loy (1882 – 1966), not only took charge of her husband’s estate after his death, but she was also his muse and artistic mentor during his lifetime and a source of inspiration for Dalí and Man Ray. She had a remarkable talent for bringing together different personalities from the worlds of business and art.

The exhibition puts a unique focus on Bayer’s success as a commercial designer in Germany and the United States. Photos from private US Archives and by Bayer’s first wife, Irene Bayer Hecht (1898 – 1991), and Ise Gropius (1897 – 1983) of Bauhaus as well as Mina Loy supplement the Lentos’s holdings. These are comprised of more than 200 works generously donated to the Lentos between 1986 and 2004 by Herbert and Joella Bayer. Some are more recent acquisitions. 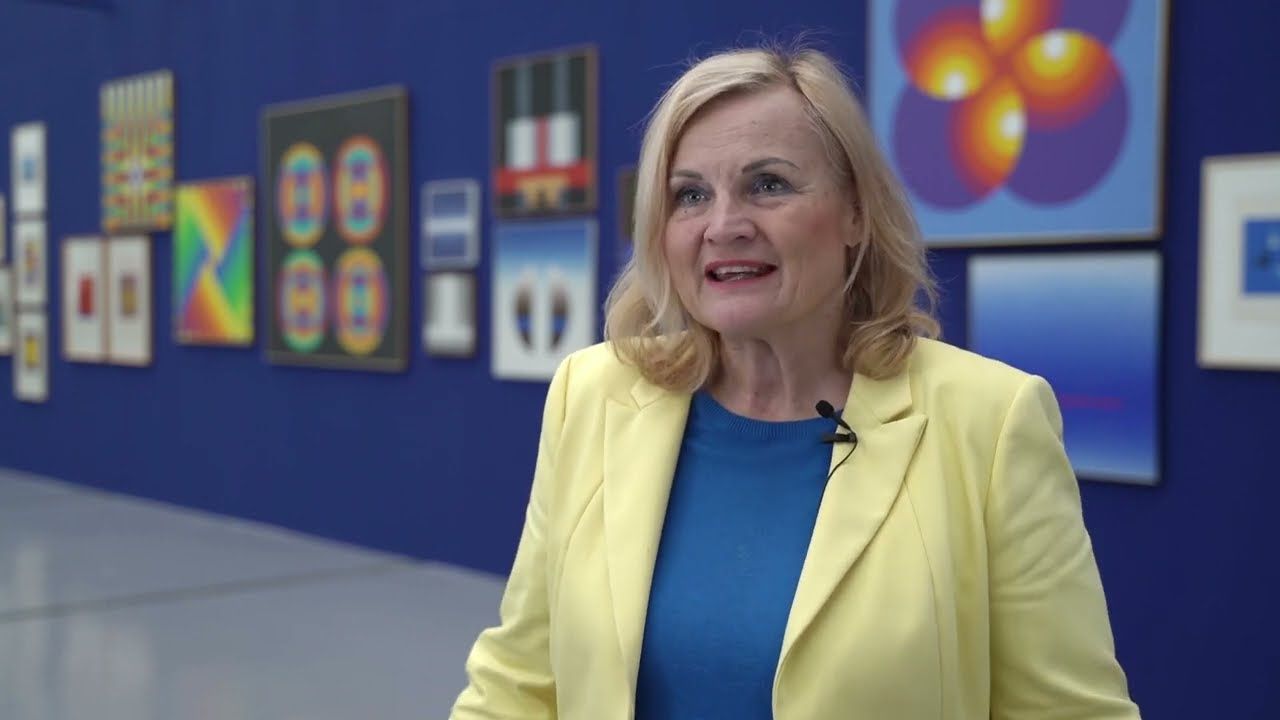