Olafur Eliasson, born of Icelandic parents in Copenhagen in 1967, is world famous for his projects and installations in museums and urban space. Classified as ​“experimental set-ups” by the artist, his work ranges from photography, film and installation to sculpture and architectural projects. The materials Eliasson works with include light, colour and such phenomena of nature as fog and water. His experiments aim to give us insights into how physical movement, sensory impressions and the interplay between the latter and neurological processing influence our perception of the world.

In 2003 he represented Denmark at the 50th Venice Biennale and installed The weather project at Tate Modern, London. The 2007 SFMOMA exhibition Take your time: Olafur Eliasson travelled until 2010. Projects in public space include Green river, realised in various cities between 1998 and 2001; the Serpentine Gallery Pavilion 2007, London, with Kjetil Thorsen; Yellow fog, 1998/2008, Sammlung Verbund, Vienna; and The New York City Waterfalls, 2008.
The light installation that is now on display at the Lentos was first seen in 2011 as part of Eliasson’s exhibition Seu corpo da obra (Your body of work) in Sao Paulo.

Recent architectural works include Your rainbow panorama, for ARoS Aarhus Kunstmuseum, and Harpa Reykjavik Concert Hall and Conference Centre, with Henning Larsen Architects.
In the summer of 2013 Olafur Eliasson transforms the Lentos’s 800 square metre Great Hall with one of his immersive installations.

Sua fogueira cósmica (Your cosmic campfire), 2011, is a dynamic light installation created by means of a specially constructed lamp, reminiscent of a lighthouse lantern, mounted on a tripod in the centre of a darkened space. The brightly lit visitors become performers, their outsized shadows cast onto the walls, into the colour fields. At the same time, the slowly evolving hues of the projection allow the viewers to observe and examine the mechanisms of colour perception, a recurrent topic in the artist’s work. 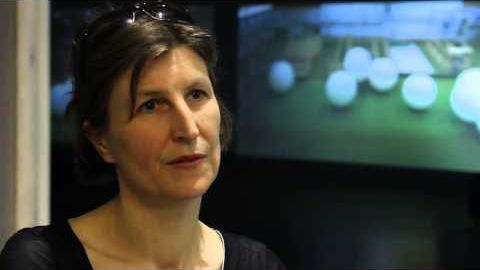 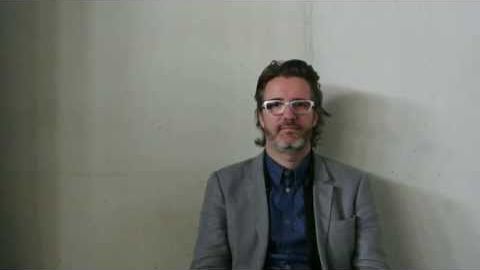