In the exhibition Oskar Kokoschka. A Vagabond in Linz. Wild, denigrated, celebrated, the Lentos documents the great Austrian painter, who was a non-conformist all his life, and focuses on his contacts with Linz.

This extensive show presents 40 paintings, 49 watercolors and drawings, and about 27 prints as well as 36 photographies from 20 museums, galleries and private collections abroad and ten from Austria. The Lentos and the Nordico, which with five paintings, 15 drawings and over 100 lithographs are among the most important Kokoschka collections in Austria, show their rich Kokoschka holdings collected in an exhibition for the first time.

Kokoschka’s personal contacts and friendships with art historians, gallerists, high-ranking city officials and politicians in Linz were the basis of the ties between the artist from Pöchlarn and the capital of the federal province of Upper Austria. The first contact was established by Wolfgang Gurlitt (1888 – 1965), art dealer from Berlin and founder of the New Gallery of the City of Linz, which became the Lentos Art Museum. His successors Walter Kasten and Peter Baum and the mayor at that time, Ernst Koref, maintained a close artistic exchange with Kokoschka through purchases, commissioned works and numerous exhibitions. This bears witness to the important art historical pioneering role of the city of Linz as well as to the city’s special engagement in the relationship to Kokoschka.

Kokoschka’s first exhibition after World War II in Austria was shown at the New Gallery of the City of Linz in the summer of 1951. Several paintings from this sensational exhibition – Die Freunde (1917), Vater Hirsch (1909), Marcel von Nemes (1929) – and many print graphic works were added to the Museum Collection through purchase in 1953 and are still today among the international highlights of the Lentos Collection. This exhibition, which was highly successful and had a strong media presence, is reconstructed on the basis of the works shown then in rooms in the main square of Linz and supplemented with press reviews and photographic documents.

A special focal point deals with the National-Socialist understanding of art that branded Kokoschka as a ​“degenerate” artist. More than 400 of his works were confiscated, nine of them denounced in the exhibition ​“Degenerate Art” in 1937 in Munich and eleven other stations (including Vienna and Salzburg). Some of the ​“degenerate” and confiscated works are shown for the first time in this sensitive context. All the provenances of the Kokoschka holdings of the Lentos are published in the accompanying catalogue, which also details the complex history of purchases and origins of the works acquired by Gurlitt at the Fischer auction in Lucerne.

A special area is devoted to the photographs, which have been continuously collected and presented and developed in scholarly treatment since the opening of the New Gallery in 1946. The rich holdings of the Lentos Collection include incunabula of Austrian reportage photography, including works by Erich Lessing, Franz Hubmann and Peter Baum, which show Oskar Kokoschka in vitality and artistic passion.

The exhibition covers a broad range: works are presented in the show from Kokoschka’s controversial early work, from the lively years of traveling, and also paintings, watercolors, color pencil drawings and posters created in exile in England – a rich selection of exhibits with important paintings, illuminating photo documents and audio material presented for the first time, much of this with a unique relevance to Linz.

The exhibition comprising 139 works provides insights into an oeuvre marked by strokes of fate, which underwent a fascinating thematic and stylistic development. The presentation of over sixty years of creative production (the earliest watercolor is from 1905, the last from 1967) enables a comparison of styles from the different phases of the artist’s work. 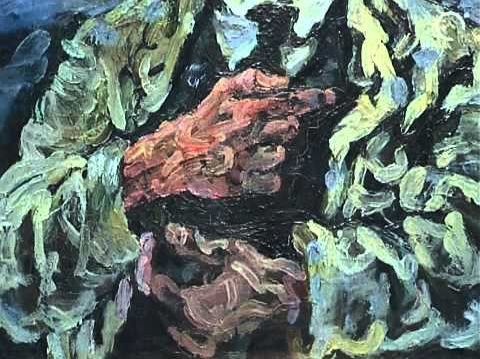