Stars
Cosmic Art from 1900 up to the Present

The endless expanse of the night sky before our eyes, the shining stars almost close enough to touch! It’s gone now, the dark night. It has been conquered by electric light. Buildings, squares and streets are brightly illuminated at night. The lights of the big cities have blocked out the starry sky that can now hardly be seen. Light smog has meanwhile robbed a third of the world population of the view of the Milky Way, shooting stars and glowing comets.

The complex and cross-media exhibition provides insights into the relationship between human beings and the stars, which is the subject of research, romance, fortune-telling, but also of threat scenarios. Dreamily, humorously, poetically, and also ironically, the artists of the 20th and 21st century have probed humanity’s relationship to the endlessness of the starry sky, engaging with the twinkling of the stars and the current loss of that light. 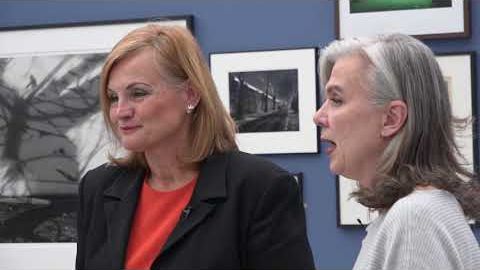 Stars. Cosmic Art from 1900 up to the Present