Troublemakers
Enfants Terribles of the Avant-Garde from Makart to Nitsch

With the exhibition Troublemakers. The Enfants Terribles of the Avant-Garde from Makart to Nitsch the Lentos presents a museum show of exemplary infamous troublemakers of Austrian art history from the fin de siècle to Actionism.

​“Man faces the holy spirit, the sanctus spiritus, the creator spiritus, in hostility. He wishes to be left in peace. He lives happily in the assured position prepared for him by the great men of the past. The idea that he should go on, that he should leave the assured place that he has finally achieved, troubles him, and this is why he hates the artist, who seeks to replace the views he has come to love with new ones.“

Around 1900 Adolf Loos formulated what a society has always been confronted with in light of new directions in art. The avant-garde, ​“who penetrate into unknown territory as scouts, who expose themselves to the risks of sudden shocking encounters, who conquer a future not yet claimed,” according to Jürgen Habermas, force the viewer to abandon familiar ways of seeing and enter into something new and unknown. Makart, Romako, Klimt, Schiele, Kokoschka, the artists of the Hagenbund, the Art Club, the Viennese Actionists, all of them were provocative and disruptive. As troublemakers they incited reactions that were quite differently vehement: the scope of controversies ranged from hounding by the press to the resignation of politicians and the destruction of art works all the way to the arrest of artists.

Many of the artists who today serve as hallmarks of Austrian culture and artistic production had to undergo this process of radical rejection and public revilement. Regardless of the respective social and political circumstances, many of them still achieved social acceptance, even honors during their lifetime. Yet this good fortune was not the lot of several others; they died misunderstood and in poverty, and their achievements were only recognized generations later. Not infrequently, it was the new provocateurs who discovered the old ones, such as Oskar Kokoschka, who found a source of inspiration in Anton Romako and worked for his rehabilitation.

Whereas Hans Makart provoked vehement reactions from the audience with his burning colors and sensuous painting, about thirty years later, around 1900, the embittered public debates about Gustav Klimt’s ceiling paintings for the University of Vienna led to the resignation of the Minister of Education. The expressive works of Egon Schiele, ​“Breughel’s hell of souls”, disconcerted and overtaxed both the public and the art critics, as did the work of the ​“explosionist” Oskar Kokoschka. In the 1920s, the ​“scrambled egg pictures” shown in Hagenbund caused a sensation, and the ​“pictures roughly plastered like masonry” by the artists Helene Funke and Helen Taussig were ​“abhorrent” in the view of the art critics.

Following the dogmatic art propaganda of National Socialism, the irritating new art shown in the Art Club in its first exhibition in 1946 was rejected as a ​“morass of perversities”.

In the late 1950s the public was confronted with a new challenge, the Viennese Actionists. Their ​“metabolic party” in 1968 at the University of Vienna led to the criminalization and arrest of the actors.

The exhibition is supported by the Culture 2000 programme of the European Union as part of Transform (transform​.eipcp​.net) 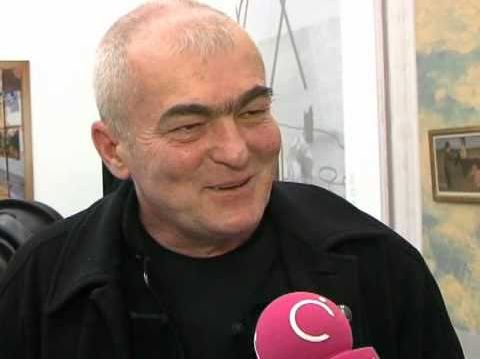